The Real Dangers of Drugged Driving 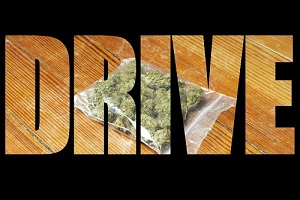 The dangers of impaired driving are well known. National campaigns routinely and aggressively encourage drivers to stay off the road if they’ve been drinking and to avoid texting behind the wheel.

Recently, government officials and researchers have begun to emphasize the dangers of another form of impaired driving—drugged driving. Whether the driver has taken over-the-counter medication, prescription drugs, or street drugs, his ability to operate a vehicle safely can be affected.

In 2014, the National Highway Traffic Safety Administration (NHTSA) conducted a roadside survey to determine just how prevalent drug use was among drivers. That study found that approximately 20 percent of drivers had some type of drug detectable in their systems at all hours of the day. While researchers noted that the presence of a drug did not necessarily mean the driver was impaired, it is important to note just how many of those behind the wheel did offer a positive test.

The Risks of Drugged Driving Are Varied But Serious

There are many challenges when examining drugged driving and its effects. There are a wide variety among different types of drugs and their effects on a user. While some drugs, like marijuana, make a person slower to react to her surroundings, other drugs, such as cocaine, may make a person more aggressive and prone to a snap judgment. Both situations can have dangerous consequences on the road. In general, though, drugged driving inhibits the ability of a driver to safely operate a vehicle by:

The use of drugs clearly is a danger on the road. Safety advocacy group Mothers Against Drunk Driving (MADD) reports that every year, about 4,000 drivers are killed with drugs in their systems. This number does not include passengers or other drivers involved in accidents with a drugged driver.

What Drugs Are Impairing Drivers Behind the Wheel?

So, what drugs are these drivers using that prevents the safe operation of a vehicle? The answer encompasses a wide range of drugs, both legal and illegal. According to national surveys, the drugs most commonly associated with accidents were marijuana and prescription drugs, including Xanax, Vicodin, OxyContin, and Valium. Use of these drugs accounted for about 84 percent of drivers with drugs in their system. Cocaine was detected in approximately 10 percent of those drivers.

Even over-the-counter drugs can cause driver impairment. The Food and Drug Administration (FDA) cautions that over-the-counter drugs and herbal supplements can have side effects which could affect one’s ability to drive safely. Though regarded as safe, these drugs can still cause sleepiness, dizziness, slowed movement, blurred vision, and more. It is important to understand all the possible side effects and drug interactions and how they will affect a person before getting behind the wheel.

Despite the findings of the national surveys, experts say one of the main challenges in stopping drugged driving is clearly identifying the impaired drivers. The effects and amounts of alcohol on a person can be clearly and easily measured. Unfortunately, this is not the case with drugs. Because of this, drivers are often not tested for drugs. Even when they are, the results can be open to interpretation. Some of the main challenges include:

Currently, the laws vary from state to state concerning drugged driving. Often, these laws are complex and difficult to interpret. The state of Georgia has a zero-tolerance policy on marijuana. It is illegal to possess and use the drug, and any amount of marijuana in one’s system would constitute drugged driving. When it comes to other drugs, however, state law is not as clear. Georgia uses the zero-tolerance approach to some—but not all—drugs. Issues are addressed on a case-by-case basis.

If you or someone you love has suffered injuries in a car accident with a drugged driver, you may be eligible to file a claim. Contact the experienced lawyers at Rechtman & Spevak today to learn more about your rights under Georgia law and the kinds of compensation you may be able to obtain.