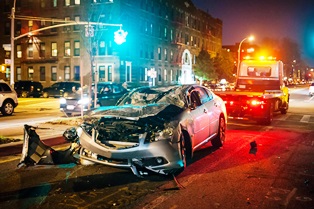 Although it's no secret that car accidents are an everyday occurrence in Georgia and across the country, what's less well known is that the vast majority of crashes—as well as the resulting injuries and deaths—are preventable.

According to the Georgia Department of Transportation's Drive Alert, Arrive Alive campaign, more than 1,500 people were killed in accidents on Georgia roads in 2018 alone. Unsafe driving behaviors caused a whopping 70 percent of fatal crashes.

In this article, we explain some of the common causes of Georgia car accidents, the injuries associated with serious crashes, and how our attorneys can help you pursue compensation for damages sustained in an accident caused by another person or entity's negligence.

Though most people think they're safe drivers, many have engaged in unsafe behaviors in the past, and some may even do so regularly. That's because the actions that lead to serious crashes don't have to be as flagrant as running others off the road or leading the police on a high-speed pursuit. In fact, they can be as simple as getting too involved in a conversation with your passengers or driving when you haven't gotten enough rest.

Car accident victims often suffer a wide range of injuries—many of which may be severe and require extensive medical treatment. Common car crash injuries include:

If you were hurt in a car accident caused by another person or entity's negligence, you may be entitled to compensation for injuries and other losses. Thanks to Georgia's comparative fault laws, as long as you were less at fault for the crash than the other driver, you may be eligible to pursue a recovery for damages such as:

If you were hurt in an accident caused by another person's negligence, you shouldn't be the one left footing the bill for your crash-related injuries and losses. The knowledgeable and skilled personal injury attorneys with Rechtman & Spevak can help you understand your legal rights and explore your options for compensation. Contact us today to schedule a free, initial consultation.