Attorney
Connect with me

Jaret A. Spevak is an experienced Atlanta attorney specializing in personal injury, workers’ compensation, and Social Security disability claims and appeals in Georgia. Mr. Spevak worked hard to earn a quality education as an undergraduate and in law school, and gained valuable experience working as a trial attorney, before finally becoming a partner alongside David B. Rechtman in 2000. Mr. Spevak is a focused, patient and aggressive lawyer whose primary goal is to protect the rights of individuals in Georgia who have been injured due the negligence or intentional wrongdoing of another person, those who have suffered physical or mental disability because of a workplace accident, and those who are struggling to support themselves because their Social Security disability claim was denied.

Mr. Spevak received his B.A. in Mathematics in 1990, graduating cum laude from Vanderbilt University in Nashville, Tennessee. He went on to attend Emory University School of Law in Atlanta, Georgia, where he received his Juris Doctor three years later. While attending Emory, Mr. Spevak secured an internship with the Atlanta City Solicitor’s Office, prosecuting cases in the Municipal Court of Atlanta in 1992 and 1993, under the supervision of the City Solicitor. By June 1993, Mr. Spevak was admitted to the State Bar of Georgia, and has been working to protect the rights of residents in Fulton County and the Atlanta area since that time.

By 1995, Mr. Spevak had begun working for the firm known at that time as Rechtman Law Associates, specializing in the areas of personal injury and workers’ compensation. After five years of working as a trial attorney and honing his legal skills, Mr. Spevak became partner to Mr. Rechtman in 2000, and the law firm was renamed Rechtman & Spevak. After over 20 successful years as partners, Mr. Rechtman retired from the firm in 2022. Based on the great respect that he had for his former partner and his 40 years of legal experience fighting for injured individuals throughout Georgia, Mr. Spevak opted to keep the name of the firm as it had been for many years. Mr. Spevak continues to focus his practice on representing individuals in Fulton County, Marietta, and elsewhere in Georgia, who have been harmed either in a motor vehicle accident, as a result of a workplace injury, or because of a denied disability claim.

For over 25 years, Mr. Spevak has successfully represented many individuals injured at work, appearing before the Georgia State Board of Workers’ Compensation, and has also successfully handled a number of cases each year in the State, Superior and Magistrate Courts throughout Georgia. Since he began practicing in this area of the law in 1995, Mr. Spevak has been a member of the Workers’ Compensation Section of both the Atlanta Bar Association and the State Bar of Georgia. In addition to representing clients in personal injury and workers’ compensation cases, Mr. Spevak also concentrates on Social Security disability claims and appeals. 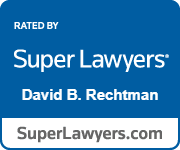