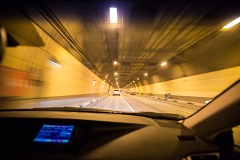 It’s an incredibly common behavior behind the wheel, but it increases the chances of a car crash and is responsible for the injuries and deaths of thousands of people each year.

Speeding, or driving over the posted speed limit for a particular road, is both socially acceptable and incredibly dangerous. Nationally, nearly 30 percent of accidents over the past 10 years involve speeding. In 2013, over 9,600 people were killed nationwide in speeding-related car crashes. In Georgia, there were 197 speeding-related fatalities that same year.

Despite these numbers, drivers continue to violate the speed limit and put everyone at risk. Additionally, the risks of speeding aren’t limited to fast-moving highways and interstates. According to the Insurance Institute for Highway Safety (IIHS), 51 percent of speeding-related crashes occurred on roads with speed limits 55 mph or lower.

Who Speeds and Why?

While drivers of all ages and genders are involved in speeding accidents, younger drivers and males tend to speed more often. According to the National Highway Traffic Safety Administration (NHTSA), 35 percent of the male drivers ages 15 to 20 and 21 to 24 who were involved in fatal crashes in 2013 were speeding at the time of the accident. Younger women were also more likely to be speeding when involved in a fatal crash, with figures at 21 percent for those same age groups.

A 2013 NHTSA survey reported that one in five drivers admits to trying to “get where I’m going as fast as I can.” Drivers name a variety of reasons for traveling too fast, including:

Speeding inhibits the ability of the driver to stop and slow down in response to changing traffic conditions, gives the driver less time to respond to road or traffic changes, and increases the chances that a crash will result in injury or death. Speeding can contribute to accidents, including:

Speeding is also considered an aggressive driving behavior, which can lead to escalating rage and retaliation from other drivers.

If you or someone you love has suffered injuries in an accident caused by a speeding driver, the experienced lawyers at Rechtman & Spevak may be able to help. Take a moment to fill out our online contact form, and a member of our legal team will respond promptly to learn more about your situation and help you understand your legal rights to a recovery.