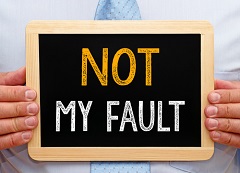 With over five million drivers traveling the roads, Georgia is among the top states in the nation for its number of licensed drivers. Georgia—along with nearly every other state—requires that each of those drivers carry auto insurance to protect themselves and others after a car accident. Auto insurance is meant to guarantee that drivers can cover the costs of car repairs or replacement and medical treatment for a person injured in a crash.

Insurance requirements and laws concerning auto accidents vary by state. Georgia is considered a “fault” state, which means that blame must be assigned in every accident. This can have a considerable effect on insurance claims and court cases, so determining liability is important.

Not all states are fault insurance states. A number of states require drivers to carry no-fault insurance. In no-fault states, any time a driver is involved in an accident his or her own insurance covers the cost of the damage, regardless of who caused the accident. Drivers are typically only permitted to pursue litigation against another driver in more extreme cases, where the damages are very severe.

The majority of states, including Georgia, follow fault-based insurance rules instead. This means that for every car accident, blame must be assigned. In fault states, drivers can pursue compensation for medical costs and property damage through three avenues:

When fault is in question, insurance companies may use their own investigators. However, insurance companies are out to protect their own interests. They may attempt to deflect fault away from their client. In these cases, it is important to have a skilled lawyer to help gather information and evidence and fight the insurance company. If a settlement cannot be reached, it is left to the courts to decide how best to assign fault.

Even when both drivers share a degree of fault, it is still possible to obtain compensation. If one driver is considered more at fault than the other, the driver less at fault may successfully pursue a lawsuit. However, any settlement award will be reduced by the percentage of fault that the plaintiff shares. This means that if the speeding driver in the earlier example is determined to be 15 percent at fault, and the driver who ran the red light is determined to 85 percent at fault, the speeding driver’s settlement amount will be reduced by the courts by 15 percent. A $10,000 settlement, for example, would result in $8,500 being awarded to the plaintiff.

Georgia courts are required to use this proportional comparative fault rule in all personal injury cases where both parties are found to share the blame. It is a common practice for insurance companies to also use this formula in negotiations.

Under Georgia’s current system, it is important to provide a strong case to prove the fault of the opposing driver. There is no set formula for determining the level of fault of each party. Often, either insurance company representatives or court officials will hear all the details of the circumstances of the accident. They will then attempt to determine fault. A skilled accident attorney can preserve evidence, talk to witnesses, interpret state traffic laws, negotiate with insurance companies, and prepare for court if necessary.

If you or someone you love has suffered injuries in a car accident, the experienced legal team at Rechtman & Spevak may be able to help. Call our Atlanta office today at to schedule a free, no-obligation consultation to discuss your case and learn more about filing a personal injury lawsuit.