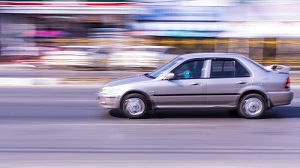 There is seemingly no shortage of factors that cause drivers to behave inappropriately behind the wheel. Whether someone is upset due to personal reasons, distracted because of cell phone use or by passengers, or irritated because of traffic conditions such as congestion or construction, these factors may cause a motorist to be unsafe.

However, when this type of behavior prompts reckless driving, the circumstances can be much more serious. Reckless driving in Georgia may cause severe accidents, and motorists and passengers may suffer lifelong, or even deadly, consequences as a result.

What Is Reckless Driving in Georgia?

Reckless driving in the state of Georgia includes many types of behavior. State law vaguely describes it as driving with “reckless disregard for property and other people,” and often the charge is initially determined by the arresting officer. Some behaviors that lead to a charge of reckless driving include:

While some of these behaviors also fall under the category of aggressive driving, the two are not the same. Aggressive driving in Georgia implies that a driver is operating his or her vehicle with the intent to harass, annoy, obstruct, or intimidate other drivers, passengers, cyclists, or pedestrians. But a motorist can be charged with both reckless and aggressive driving.

What Are the Penalties for Reckless Driving in Atlanta?

Under Georgia state law, reckless driving is a misdemeanor, punishable by a fine of up to $1,000 and possibly one year in jail. A motorist could also face points on his license or even the loss of driving privileges.

Penalties can be greater if there are other charges involved. If a reckless driver attempts to flee from a police officer, fines increase and some jail time is a near certainty. If the negligent behavior caused serious injury or homicide by vehicle, these are felony charges with guaranteed prison time.

How to Avoid Reckless Drivers on the Road

In a 2015 study, the AAA Foundation for Traffic Safety reported that nearly 87 percent of drivers polled admit to engaging in risky behaviors behind the wheel. Many of these behaviors constitute reckless driving, including speeding, which was one of the most commonly reported problems. With so many people operating their vehicles outside the scope of both safety and the law, it’s important for all motorists to be proactive behind the wheel to avoid being the victims of a reckless driving accident or causing one. Some helpful safety tips include:

Additionally, the Centers for Disease Control and Prevention report that teenagers are the group most at risk to drive recklessly. Research states that teens lack the experience and maturity to assess and recognize risky situations, and it’s important for parents to continually discuss with young drivers the dangers associated with reckless driving.

Get Help From a Georgia Car Accident Lawyer

If you or someone you love has suffered injuries due to a reckless driver, the experienced car accident atorneys at the firm of Rechtman & Spevak may be able to help. Take a moment to fill out our online contact form. You’ll hear back from a member of our team who can answer your questions and help you decide how to move forward after an accident.