Protecting Your Right to Compensation Following a Head-On Collision 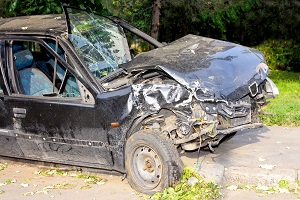 Head-on collisions happen when a vehicle crosses the center line or median and crashes into an approaching vehicle. Head-on collisions can be quite dangerous, and compensation may be available if you've been injured in this type of accident.

Head-on collisions can have several possible causes. For example:

Reducing the Risk of Head-On Collisions

None of these remedies has been completely successful at preventing head-on vehicle crashes.

For a driver, the best way to avoid a head-on collision is to remain alert and focused on the road at all times. If you notice another driver coming at you, never steer to the left and move over the center line or into the oncoming traffic lane. The best course of action is to quickly survey your surroundings to find an open shoulder or area with soft bushes. Reduce your speed, then steer to the right as smoothly as possible. If you quickly jerk the wheel, you risk losing control of your vehicle and rolling.

The speed of the two vehicles involved and the abrupt nature of the crash increases the likelihood of serious injuries in a head-on collision. Some of the different injuries vehicle occupants might experience include:

While it's possible for injured persons to recover from many of these injuries, others will likely result in permanent impairments that require ongoing medical care or limit future earning potential.

Protecting Your Right to Compensation

If you've been injured in a head-on collision due to the fault of another driver, you're entitled to compensation for your medical expenses, lost wages, and pain and suffering. However, insurance laws can be quite complex and companies are often in no hurry to process your claim.

To get the compensation you need to move forward with your life, you'll want to hire an experienced personal injury attorney to advocate on your behalf. It's best to seek the services of an attorney as soon as possible, since relevant witness testimony and supporting evidence as to the severity of your injuries will become harder to locate as time passes.

Discuss Your Case With an Atlanta Car Accident Lawyer

The car accident attorneys at Rechtman & Spevak are committed to helping accident victims pursue fair and timely reimbursement for the damages they've suffered. Call 404-355-2688 or fill out our online contact form to learn more.