Maximum Medical Improvement: What It Is and How It Affects Your Workers' Comp Case 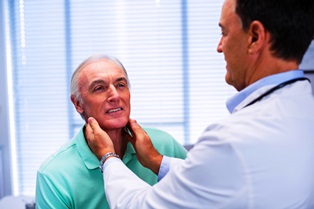 If you were hurt in a Georgia workplace accident and are collecting workers' compensation benefits, you may have heard the term “maximum medical improvement” (MMI) tossed around quite a bit.

And for good reason: these three words have a wide-ranging impact on your workers' compensation case. Here's what you need to know about MMI and why it's usually in your best interest to wait for it before settling your claim.

What Is Maximum Medical Improvement?

In a workers' compensation case, MMI is a term that doctors, employers, and insurers use to indicate that an employee's work-related injury has healed as much as can be expected, and isn't likely to improve further with additional treatment.

Ideally, an MMI designation would signal a full recovery but more often than not, it means that workers will continue to struggle with some of the negative effects of their injuries. Doctors should try all reasonable treatments before determining that a workers' comp recipient has reached MMI.

Why You Should Usually Wait to Reach MMI Before Settling Claim

After an on-the-job accident, there's no way to accurately estimate the value of your workers' compensation claim until the full extent of your injuries are known. However, that usually doesn't stop workers' comp insurers from trying to get injured employees to settle their claims as soon as possible.

While getting you to accept an early settlement is in the insurance company's best interest, it isn't in yours. If you settle your case before reaching MMI—and your condition worsens or continues longer than expected—you could be left paying for medical expenses that would have been included in your workers' compensation recovery.

Convincing injured workers to resolve their workers' comp claims too soon is just one of the many tricks insurance companies use to try to reduce their financial obligation to claimants.

Waiting until reaching MMI before settling is not a blanket rule with respect to workers' compensation claims.  There are some situations where it is an injured worker's interest to settle their case prior to being deemed to have reached MMI.  The goal is to maximize the value of your case.  If you suspect that your treating physician will release you to unrestricted work in the near future, it may better to try to settle the claim before that next appointment takes place.  An experienced workers' compensation attorney can provide advice regarding the best timing with respect to settlement.

Once you've reached MMI, if you're currently receiving workers' compensation benefits, your doctor will usually examine you, assess your condition, and assign a disability rating. The doctor may also assign permanent work restrictions at that time.  There is also the possibility that the doctor will release you to unrestricted work, which would enable the insurer to suspend your income benefits.

Workers' comp income benefits don't immediately stop after MMI either: the insurer can only stop paying an injured worker under specific conditions. These conditions include being released for work without restrictions, or if you return to work with restrictions making the same or more money than what you were earning at the time of your accident.

If your doctor says you've reached MMI, but you don't agree, you don't just have to accept the decision and move on. Even if you've seen the same doctor throughout the workers' compensation process, you can still visit another doctor of your choice for a second opinion on the issue of MMI. If the other doctor has alternative suggestions for treatments that could help you, you may be able to receive valuable additional care.

Georgia workers' compensation cases can be complex and confusing, which is why you need a skilled attorney by your side to help you understand your rights, and guide you through every step of the process.

Have questions about MMI and how it might affect your specific workers' comp claim? Contact Rechtman & Spevak today to schedule an appointment for a free initial consultation with a knowledgeable member of our legal team. Don't wait! The sooner you speak to an attorney, the better.