Understanding How Surveillance Video Is Used in Workers’ Compensation Cases 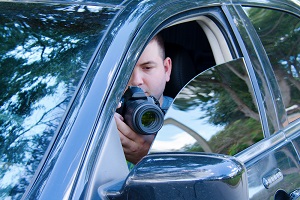 When Private Investigators Are Used

A private investigator’s services aren’t utilized in every workers’ compensation case. If your injuries are relatively minor and you appear to be eager to get back to work, there’s no need for the workers’ compensation insurer to invest the time and money necessary to obtain video surveillance. However, if your injuries are more serious and there is some debate about whether it’s possible for you to return to work, the insurer may determine that retaining a private investigator is worth the investment.

In many cases, private investigators will use the time you’re at doctor’s appointments to gather information about your appearance, vehicle, home location, and daily routine. They may also try to contact your co-workers, friends, or family members to learn more about your schedule. Additionally, the use of social media profiles on sites such as Facebook, Twitter, and Instagram as information gathering resources is becoming increasingly popular.

Private investigators don’t work a typical 9-to-5 schedule. They often look for evidence on nights and weekends. If they don’t find any suspicious activity the first time around, they’ll come back a few days or a few weeks later.

Private investigators most often film in public areas such as parks, schools, and businesses. However, they are allowed to film on private property if they have permission from the owner. So, it is a mistake to believe that what you do in your own yard or driveway is your own business and won't be seen by an investigator.

Since staying out of sight is a vital part of capturing usable footage, private investigators tend to favor nondescript cars and an appearance that blends into the crowd. They may drive a vehicle with darkened windows, use sunglasses or a ball cap to cover their faces, or make subtle changes in their appearance from day to day to avoid being spotted.

Essentially, a private investigator is hoping to catch you doing something that goes against your doctor’s orders. For example, if you have a back injury and were told not to lift more than 10 pounds, carrying multiple bags of heavy groceries or landscaping your front yard would be evidence that you capable of activity beyond your doctor's restrictions. This can then be used to argue that you’re not committed to returning to work…or that you have been exaggerating the severity of your injuries.

Aside from engaging in activity that goes against doctor’s orders, the private investigator is also looking for conversations that suggest wrongdoing. Private investors aren’t legally allowed to wiretap phones or record private conversations without the consent of either party. However, they can record or eavesdrop in a public area if the conversation is loud enough for bystanders to easily hear.

Requirements for Using Tapes as Evidence

To be admissible as evidence in a workers’ compensation case, surveillance video needs to meet acceptable standards for quality. This includes:

Workers’ compensation fraud is a crime. To avoid allegations of fraud, it’s very important that you follow your doctor’s orders precisely. Do not engage in any activities the doctor advises against, including lifting, bending, and stooping. Additionally, you should keep in mind that the only income you receive should be from your workers’ compensation benefits. Babysitting, mowing lawns, or cleaning houses for extra cash on the side is not allowed.