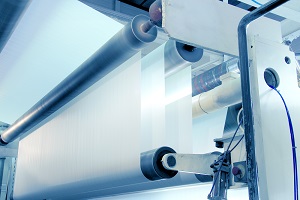 The pulp and paper industry is inherently dangerous, requiring workers to put their lives on the line each day they begin their shift. According to the U.S. Department of Labor, roughly 10 percent of workers in this field become ill or injured each year.

Workers in the pulp and paper industry can suffer from a number of serious injuries. These include:

Based in Atlanta, Georgia-Pacific is one of the world’s top manufacturers and distributors of paper, pulp, tissue, packaging, building products, and related chemicals. The company employs more than 35,000 people at over 300 locations in North America, South America, and Europe.

Over the years, thousands of workers have suffered serious injuries at various Georgia-Pacific plants across the United States. There have also been several fatalities in the news. A selection of those deadly incidents includes:

Ensuring a safe work environment on the job site each and every day is critical, and federal regulations established by the Occupational Safety and Health Administration (OSHA) were designed to help employers do just that. Those rules do no good if they’re not followed. Georgia-Pacific has been penalized by OSHA several times for violating important workplace safety laws. For example, in 2015 the U.S. Department of Labor’s Occupational Safety and Health Administration issued 11 serious violations with penalties totaling $60,500. These violations related to a failure to implement chemical management procedures at the Columbus, Ohio plant. Workers were exposed to dangerous levels of formaldehyde, which can irritate the skin, eyes, nose, and throat. Formaldehyde is also deadly if swallowed and a fire and explosion hazard if exposed to heat or flame.

If you have suffered a serious injury on-the-job in Georgia, or if you lost a loved one in a fatal work-related accident anywhere in the state, contact our workers’ compensation lawyers at Rechtman & Spevak for legal help. You may be entitled to financial compensation for your injuries and medical expenses, which our reputable attorneys can help you pursue.

by Jaret A. Spevak [email protected]
Connect with me
Atlanta Personal Injury & Workers’ Compensation Attorney With 20+ Years Experience
Be the first to comment!
Post a Comment